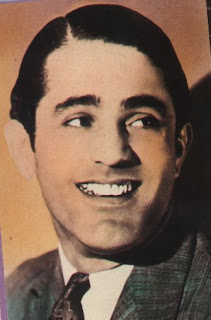 For heroes, I pick the people I need. I admire people who overcame difficulties with style, especially if they had to reinvent themselves to fit their situation. The singer Al Bowlly did all this to an extent that was truly shocking.  When I first heard a recording of Al Bowlly singing, I pictured W. Somerset Maugham at the microphone. His burnished voice sounded intensely English to my ears. He also sounded very old, his voice concentrated like an aged cognac. Both of these impressions were false.
Al Bowlly was born to Lebanese and Greek parents and he grew up in South Africa.  When he was young, he attempted to get started as a musician in the far east, and after several false starts and long day-to-day poverty, he made a strong career in England and American during the 1930s. During this period, English dance band singers did their best to sound American, because Jazz came from America.
His singing invokes a world of elegance, where everyone dressed well, smoked incessantly and drank strong cocktails. 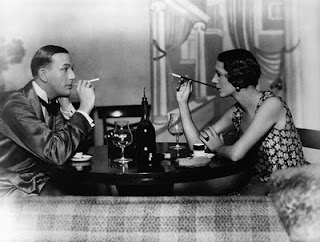 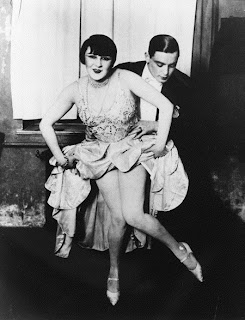 Al sang many songs that "do it" for me. Here are some more you can listen to, thanks to our friend YouTube: Blue Moon  Goodnight Sweetheart  Over the Rainbow  Au Revoir But Not Goodbye.  He came to America in the mid 1930s and achieved considerable success, but his career was up and down from start to finish. 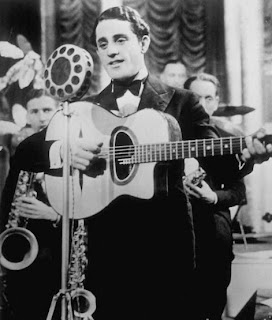 In a tragic instance of bad timing, Bowlly and his wife returned to London just in time for the build-up to World War II. They separated shortly afterward. Al had problems with his throat, requiring surgery. He continued to perform, adapting himself to his opportunities. 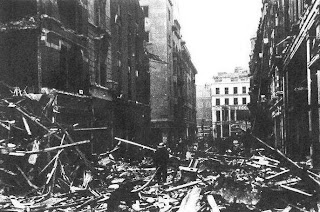 In 1941, Bowlly died from the effects of a German bomb in London. A story is told that Al heard the air raid sirens, but told his neighbors he was sick of sleeping in the underground shelters. He intended to go to bed, read a book about cowboys and take his chances. I don't know if the story is true or not, but it would certainly be true to his character. He was forty-three years old. 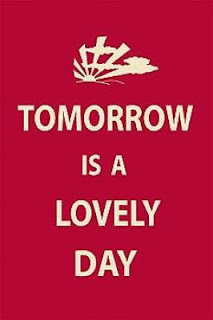 I first (and only, until now) heard of Al Bowlly thru the Richard Thompson song, "Al Bowlly's in Heaven":

Thanks for the post & the video link - what a voice!