Showing posts from September, 2009
Show all

Tell Me About Your Teachers 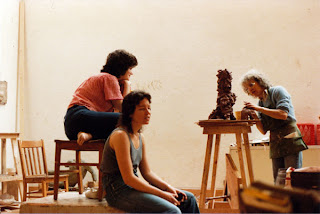 If we are lucky, we get a few good teachers in our lives. They give us priceless gifts, and we cherish them long after they've forgotten us. I'm doing research on teaching methods and styles. Teaching personalities. I'll offer some stories of my own first, then I'd like to ask for yours at the bottom of this post.  Henry Pearson, Composition, 1982 Mr. Pearson taught realistic painting surprisingly well. So far as I know, he never painted that way himself. He was famous for Op-Art Pictures he'd done in the 1960s, those fields of wavy lines that make your eyes vibrate. He moved slowly, carried himself in a dignified way and spoke with a Southern accent. Born in 1914, he was already advanced in age. He died in 2006 at age 92. He was the first artist I met who lived in Manhattan. Fascinated, I asked him right away if I could stop by his apartment on my next trip to New York. He reluctantly assented, and I visited him one afternoon with a friend. Mr. Pe
Post a Comment
Read more 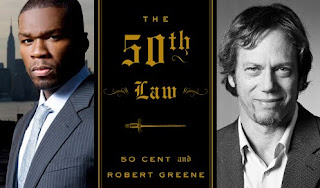 If you read more than a few biographies, you may notice a disturbing pattern: Almost every famous person practices intentional badness. At a critical point in their lives, they gain influence by deception, manipulation, theft and/or violence. I'd love to find an exception, but after several hundred books, I'm giving up hope. Some historical figures, like Saint Francis , appear to be good most of the time, but I fear this is the result of favorable editing. If the little guy had been born in the 20th century instead of the 12th, we'd be reading a book-long indictment of his crimes from Christopher Hitchens, like the one he wrote on Mother Teresa . This observation confused me. If pure niceness makes one powerless, it does not follow that pure nastiness creates power. Powerful people can't be nasty all the time, or no one would follow them. There must be a payoff, after all. Robert Greene studied powerful people just as I did, but he broke through and un
2 comments
Read more

September 13, 2009
This is my tribute to the city I live in. Enjoy.
Post a Comment
Read more

Niccolo Machiavelli - I Read, So You Don't Have To 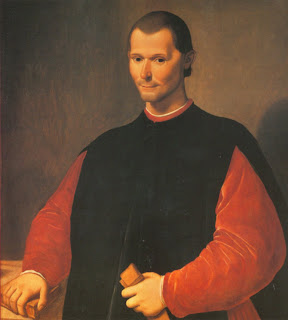 Imagine these events: You go back to work tomorrow and find out you have a new manager. He calls you into his office and says, "You were an excellent, supportive employee under the old management. Because of this, you are an enemy of the new management team." Two large assistants escort you out, and show you your new cubicle: You are held in the new cubicle for three weeks, tortured six times, then fired, with no severance package. Now you have some time to consider your next move. Do you: A. Flee the district, and pretend your old life never happened? B. Plot against the new management and try to revenge yourself? Or . . .  C. Write a long letter to the new Chief Executive Officer, praise his excellent abilities, recommend that he run for governor of your state, and humbly offer your assistance to him? These events did happen to Niccolo Machiavelli, and he chose Action C. Niccolo sounds like a very flexible, forgiving employee, doesn't
3 comments
Read more
More posts