Showing posts from July, 2011
Show all

Let's Talk About You 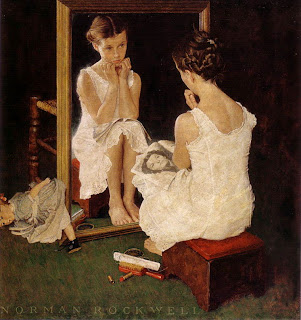 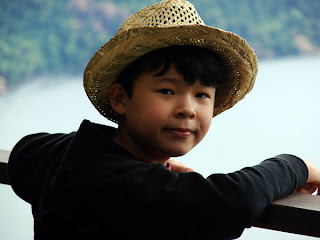 My wife Misa suggested a vacation in Canada this year. I'd never been there. All I knew of Canada were the songs of Stan Rogers , which I fell in love with in the 1980s.  We spent a week in Victoria , on Vancouver Island . In general, Victoria was peaceful and clean, rather like the United States, only improved. Max and I walked out on a long concrete pier into the inlet. If you look closely you can see the snow-capped peaks of Washington State across the water.  Away from Victoria, we visited small coastal towns that looked like Stan's Make and Break Harbour. On a tour boat, our captain let Max steer, brave man. Pilots note: putting the tongue out always aids navigation. Victoria hosts a museum called Miniature World , and many of the exhibits convince the eye. Each "person" in this photo is about 1.5 inches tall. From Victoria, we drove onto a luxurious ferry to the city of Vancouver. Our ship served fine food and drink, and I wanted to live on it.
Post a Comment
Read more

Greatest Hits: The Joys of Giorgio 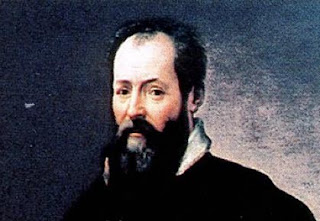 First posted March 29, 2009 I’ve been listening to a reading of Giorgio Vasari’s The Lives of the Artists, which you can sample  here .  Vasari relates, with earthy realism, the times and trials of artists in Renaissance Italy. For the most part, these men lived short, uncomfortable lives. Still they managed to elevate their culture to stratospheric heights. This story is told most literally in the life of Filippo Brunelleschi, who designed and supervised construction of the dome of Santa Maria del Fiore in Florence. The significance of this building cannot be overstated. Our American culture expects the future to improve upon the past. During the Middle Ages, Europeans knew that life had been better for their ancestors. For one thousand years, Italians shivered in the shadows of great monuments like the Colosseum. They could not equal them, or even understand how they had been built. When the base of Santa Maria was designed, no one knew how the dome could be made; they s
Post a Comment
Read more 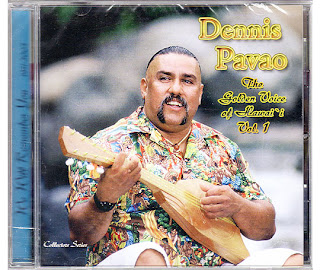 I first saw Hawaii in 1992, when I took a vacation on the Big Island. I listened to the music on the local radio and didn't like it. I fell back on the Hawaiian music station, however, because it was slightly better than the others. One afternoon I drove up the east side of the Island, tracing the slope of Mauna Loa. The turquoise sea was clear as glass all the way to the horizon, and clouds mirrored its surface. The car radio played a falsetto song, Sweet Lei Mokihana, and suddenly everything came together. I was hooked. The singer was a man named Dennis Pavao, and though only forty years old, he was already a legend around Hawaii. Dennis had been born close to that very spot, in the Big Island town of Kalapana. Dennis was left-handed and he learned to play guitar upside-down as well, giving his strumming a unique texture. In the 1970s, Dennis formed a band with two cousins, Ledward and Nedward Ka'apana. Dennis perfected the traditional Hawaiian falsetto singing style.
Post a Comment
Read more
More posts