I always knew I would have to rewrite my life. I just didn’t know how soon I would have to begin doing it.
I’ve only finished the first chapter of my novel, but lack of fame resulting from it is already a great concern.
—Kendall Hailey, The Day I Became an Autodidact, and the Advice, Adventures, and Acrimonies that Befell Me Thereafter 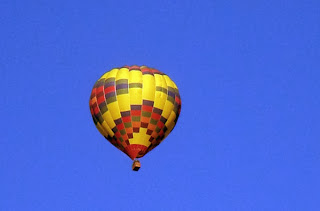 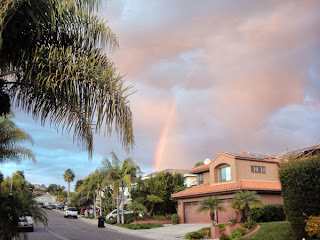 2013 was our first full year in Carmel Valley. Hot air balloons flew overhead, and we shared fruit with little friends on the ground. 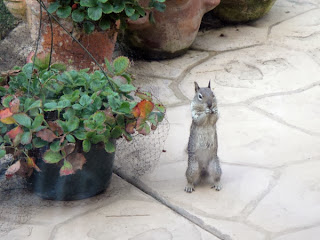 We have been welcomed by many neighbors, and got together as often as we could. Almost everyone is a parent here, so their schedules are full. 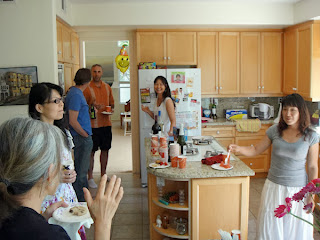 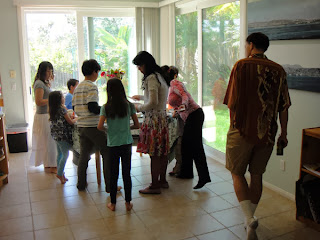 Many of you asked about my painting, how it's coming along. I have been working on the same project for several years, a picture of the San Francisco Bay. The most difficult parts of the picture—and perhaps the most interesting to work on—are the water and the sky. I wanted to color these areas first, before completing the land.

I painted the water and sky several times. Each new layer was an improvement, but but they still didn't look 'right.' I painted a study of the entire composition, in order to make each look the way I wanted.

Looking at the same composition for so long, it becomes difficult to remember the desired effect, to hold it in mind and bring the picture closer to it. To clear my head, I went to Coronado Island and painted studies of San Diego Bay and the city. 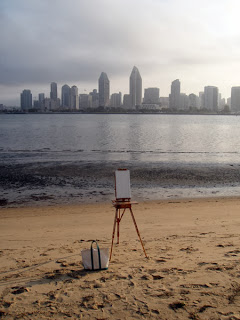 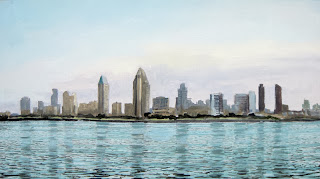 I applied the experience outside to more sky and water studies, taken from the San Francisco composition. 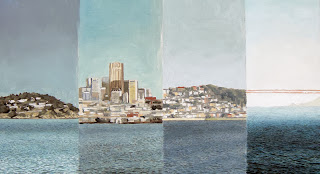 After all this study, I concluded that I'd taken the big picture in the wrong order. Instead of painting color in the sky and water first, I needed to color the land first, then sky, then water. The sky had to offset the land features, and the water must reflect the sky. I painted white over the water and started over on the land.

It often happens that the most important work on a picture is scraped off or painted over. The scraping off and the painting over are critical. 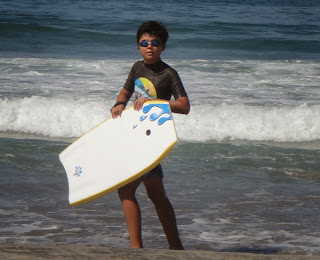 Max grew taller this year. He had many trips to the beach and many get-togethers with guys in the neighborhood. 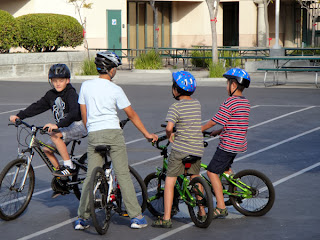 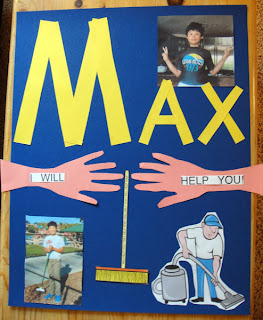 In the fall, Max ran for Student Council Representative from his class. He did not win, but we were proud of his campaign. 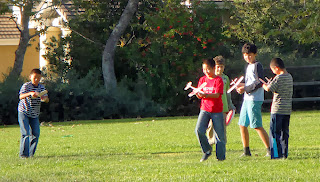 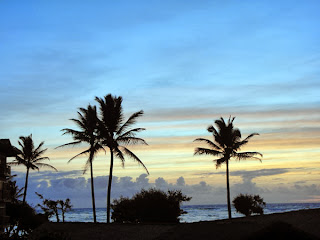 We hadn't had a real vacation in two years, so we counted our pennies and took off for Kauai. We stayed in a resort in Kapa'a, on the eastern shore of the island. 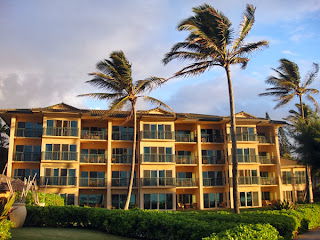 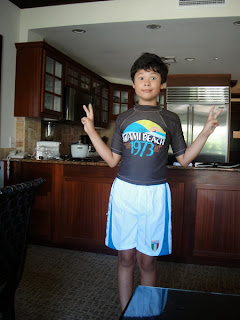 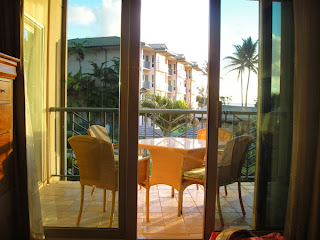 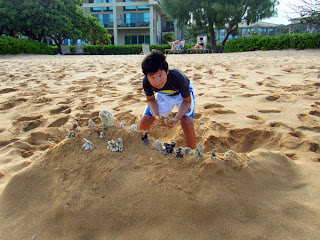 When Max goes to the beach, he is mainly interested in moving sand. Max says the sand on Kauai is of very high quality. 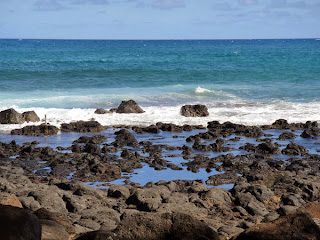 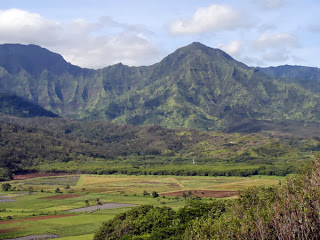 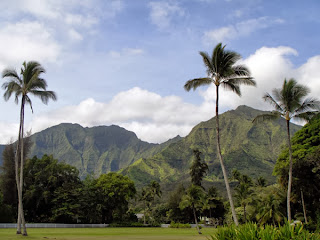 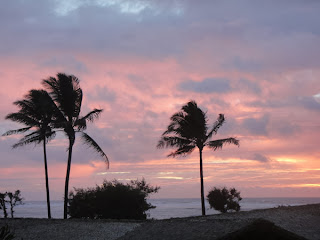 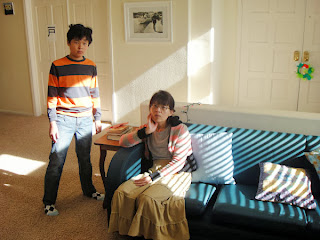 Misa dealt with 'health challenges' this year, that prevented her from teaching dance. They did not prevent her from keeping the house running and the son in motion at English and Japanese schools. 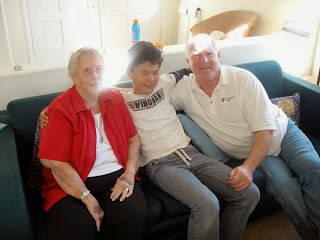 In October, my brother Mike and mother Lila got to visit us. We were thrilled to see family in California, which doesn't happen often. 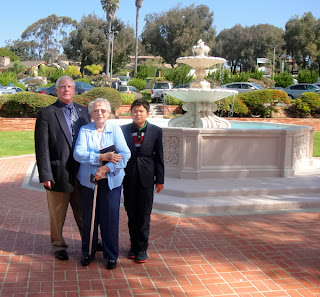 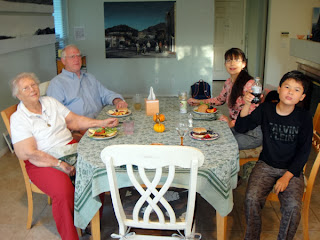 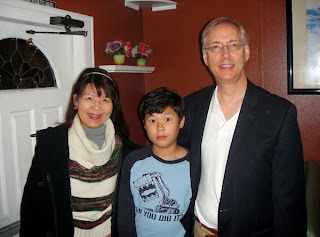 Sooner or later in life everyone discovers that perfect happiness is unrealizable, but there are few who pause to consider the antithesis: that perfect unhappiness is equally unattainable. The obstacles preventing the realization of both these extreme states are of the same nature: they derive from our human condition, which is opposed to everything infinite. Our ever-insufficient knowledge of the future opposes it: and this is called, in the one instance, hope, and and in the other, uncertainty of the following day. The certainty of death opposes it: for it places a limit on every joy, but also on every grief. The inevitable material cares oppose it: for as they poison every lasting happiness, they equally assiduously distract us from our misfortunes and make our consciousness of them intermittent and hence supportable. —Primo Levi 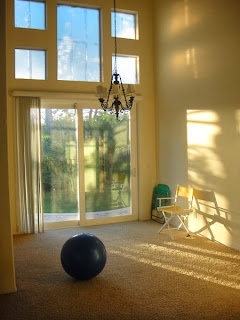 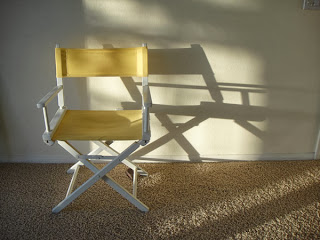