Moon Over The Bay 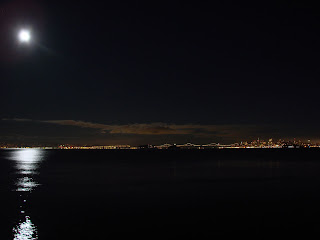 Last weekend I drove across the Bay to hear a friend play music in Sausalito. It was an unusually clear night, and a big moon danced on the water. Be sure to double click on them; they're larger than usual. I share the rest with some passages from Walt Whitman's Leaves of Grass. 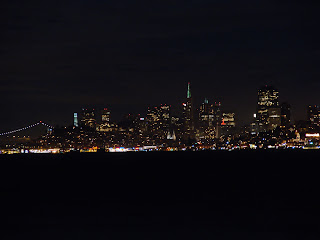 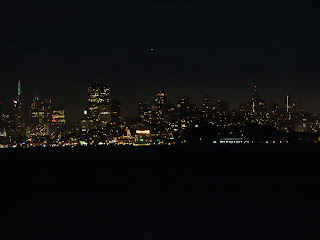 We are about approaching some great battlefield in which we are soon to be engaged,
We pass the colossal outposts of the encampments . . . . we pass with still feet and caution;
Or we are entering by the suburbs some vast and ruined city . . . . the blocks and fallen architecture more than all the living cities of the globe. 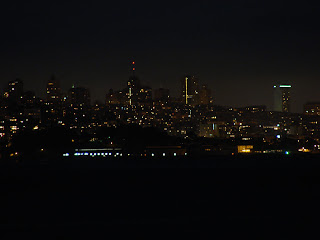 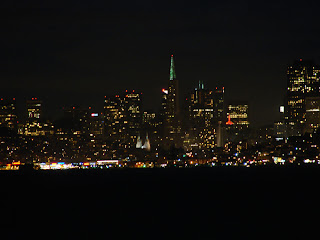 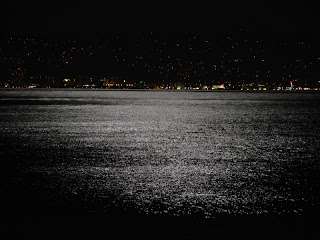 Of the turbid pool that lies in the autumn forest,
Of the moon that descends the steeps of the soughing twilight,
Toss, sparkles of day and dusk . . . . toss on the black stems that decay in the muck,
Toss to the moaning gibberish of the dry limbs. 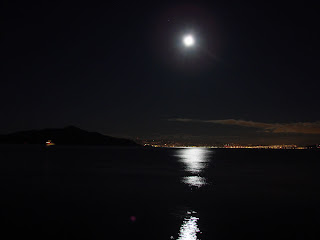 Smile O voluptuous coolbreathed earth!
Earth of the slumbering and liquid trees!
Earth of departed sunset! Earth of the mountains misty-topt!
Earth of the vitreous pour of the full moon just tinged with blue!
Earth of shine and dark mottling the tide of the river!
Earth of the limpid gray of clouds brighter and clearer for my sake!
Far-swooping elbowed earth! Rich apple-blossomed earth!
Smile, for your lover comes!