I lived in San Francisco most of my adult life. Often I crested a hill or turned a corner and saw the city stretch away from me in layers. I chased that vision for a long time, looking for the transporting view I could put into a picture.

I found a promising site on Aquatic Park Pier, which traces a crescent from the north end of Van Ness Avenue into the Bay. This is a study I painted on the pier.

I was preparing to begin a larger version of the Aquatic Park Pier picture when I saw a blog post written by my artist friend Anna Conti. Anna took a day trip to Alcatraz Island and posted photos of the city from the parade grounds in front of the prison. The city was far away, but it looked better for my purposes than my composition on the pier.

In early January I bought a ticket on the National Park Service ferry. I'd never visited the island before, because the main draw is the prison, and I don't like prisons. In fact, in 15 years of trips to Alcatraz, I have yet to enter the prison buildings.

The view toward San Francisco excited and exasperated me. This was the picture I'd been looking for. Now I would have to paint it, and I knew painting it would be difficult. The parks service controls all access to the island, so I'd be at their mercy to get there and back. I'd be forced to buy tickets without knowing what the weather would do; fog covers the Bay many days each year. That day I made a long ink wash drawing.

My next step was to wait six months. The north shore of San Francisco floats at 122 degrees North longitude and tilts toward the west. As a result, this part of the city remains in shadow most of the year, until earth reaches the summer solstice in late June. I knew the best time for maximum illumination would be around sunset. I returned then, and began serious work on the composition.

I built four canvases, each 1.5 x 7 feet (.46 x 2.13 meters). The composition took in almost 180 degrees, from Emeryville to the Marin Headlands. Our eyes don't operate in that range, so I'd need to look straight at a piece, then move to the next, leaving a breadcrumb trail from left to right. At the start, I attempted to negotiate the progression in my head. This did not work. The drawing looked wrong. After six months I realized the best thing I could do was to remove the canvases from their frames, stretch new canvas and start over.
2008

The grid pattern helped me nail down a composition I could live with. I also made a short film on the island that summer.

Drawing the buildings and trees consumed a couple of years. 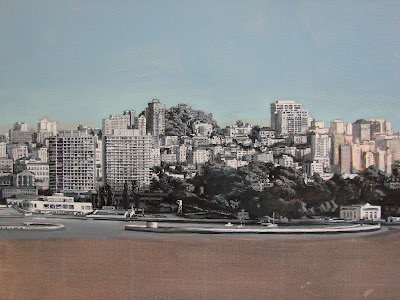 Once the drawing was in, I tried finishing the sky and water first, before coloring the land. This did not work well. I realized the city was like a portrait sitter; I had to finish the parts that touched sky and water, in order to adjust the sky and water successfully. Unwilling to scrape all that paint off at the time, I painted white over it. 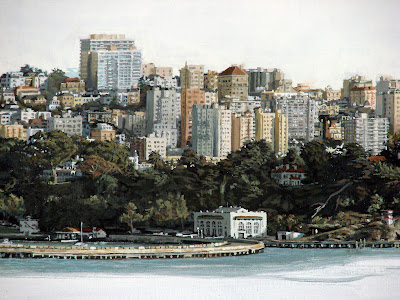 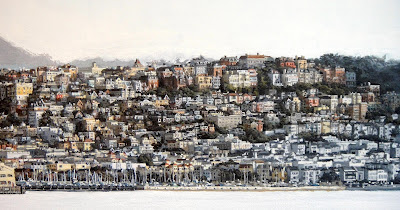 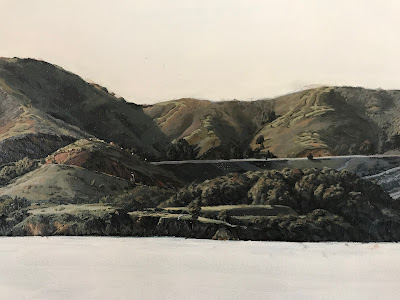 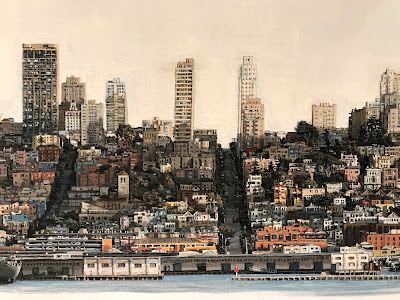 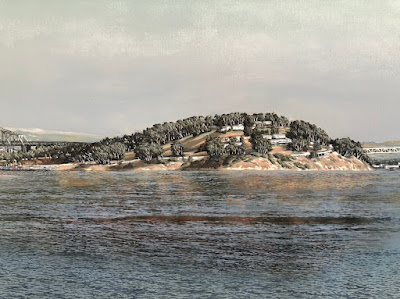 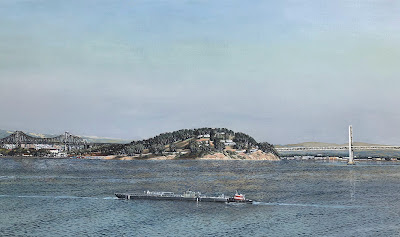 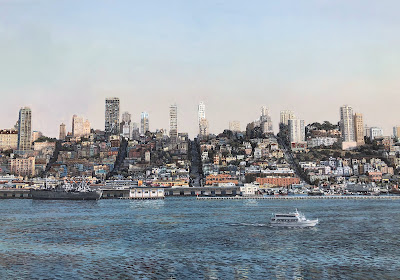 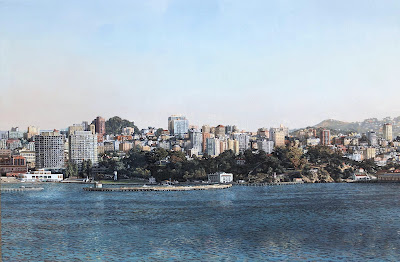 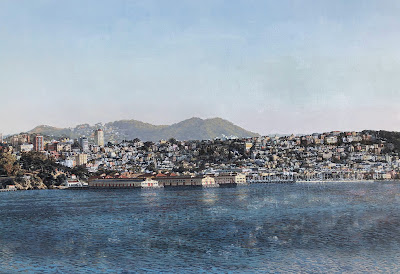 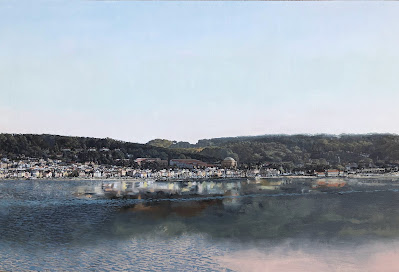 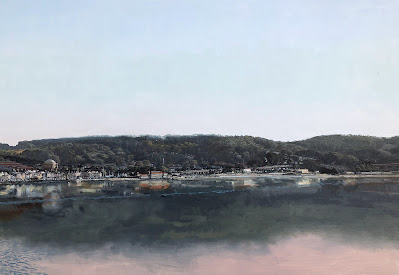 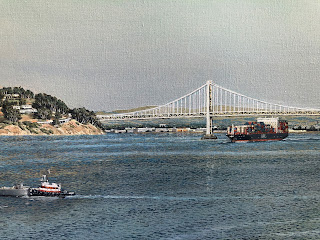 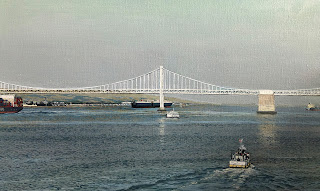 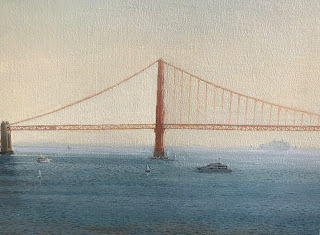 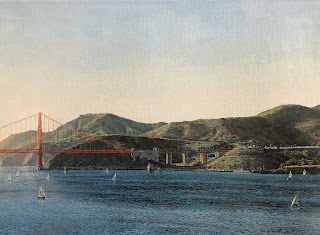 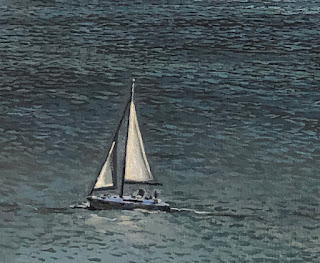 Back when I lived in SF I would bike out to that pier and stop for a while to enjoy the view.

John Paul, your artistic talents are just amazing. The rendering of life in your paintings is simply stunning.