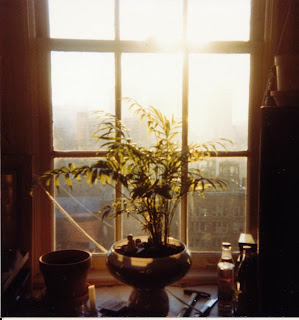 Windows have played a big role in my life, and maybe in yours, too. They act like a theme in a play or an opera, setting the tone for everything that happens.
This first photo is of a window in an efficiency apartment I moved into when I was twenty. It was on the 20th floor of a building on 13th Street in Philadelphia. Outside, I could see most of the old city, the Delaware River and Camden, New Jersey on the other bank.
I got a spectacular sunrise every morning.

The view was especially dramatic at night. 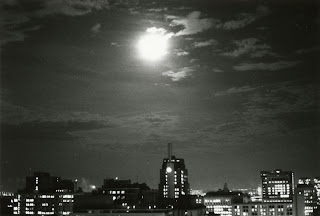 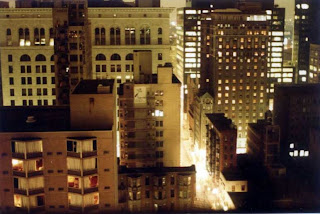 I moved to a lower floor of the same building, and enjoyed windows facing north. Here I made a painting of the view at night. The view was real, but the girl was just wishful thinking. 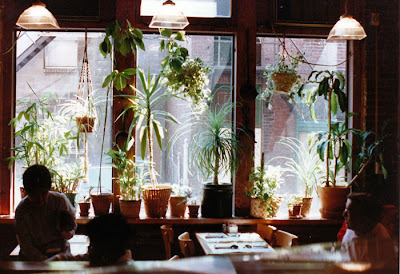 Surprisingly, the window needn't have an expansive view to brighten a room. These windows in a restaurant where I worked faced a narrow alley and brick walls. Their reflected light feels more protected, almost intimate. 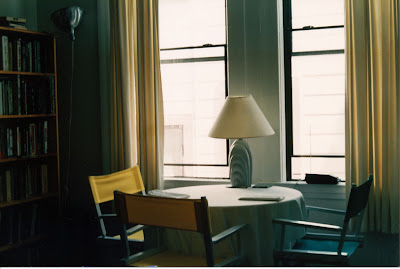 I got a similar effect from my windows on Nob Hill, which faced a light well between buildings. Once I painted them and gave myself a longer view. 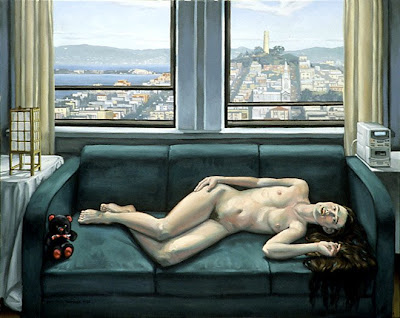 This time the model was present but the view was not. That view is from Filbert Street on Russian Hill, a few blocks away. 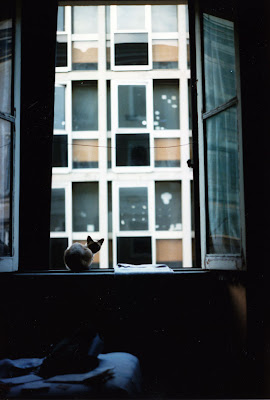 No one does windows better than the Italians. This was the communal bedroom of a pensione in Rome, where I paid $4.50 per night to stay. Sometimes I wonder why I left. 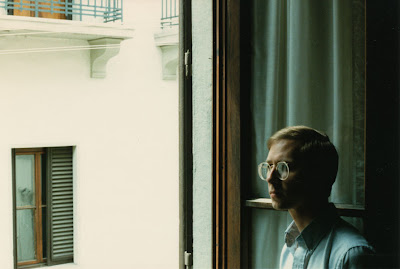 And a nicer pensione in Florence, with a much younger me. 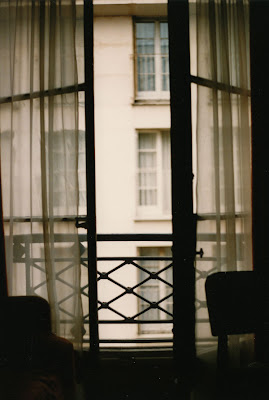 In Paris, behind these windows, anything could happen. 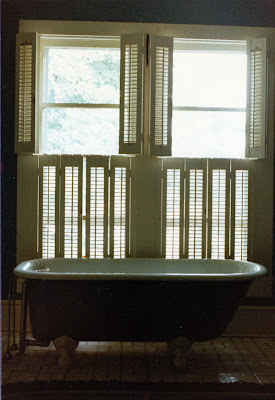 This bathroom is on the second floor of a Victorian House in Virginia. The windows look out on curvy farm and forestland. 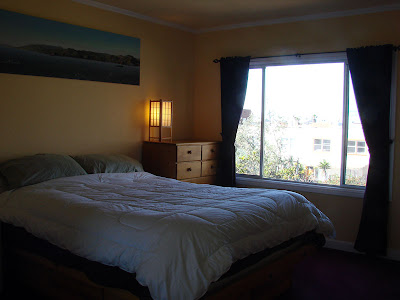 This is a window I have today. The view is unremarkable, except for small patches of ocean on a clear day. 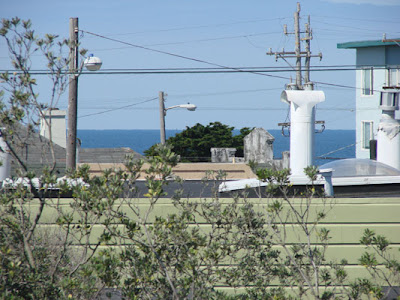