For Laura Hanley, wherever this may find her

Spring, 1980
I was twenty years old, working at a frame shop in downtown Dallas. I lived alone in a trailer, in a field beside a freeway. 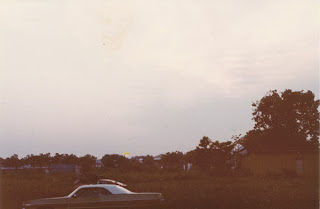 I was saving my money to go to art school in Philadelphia in the fall. Through a friend of a friend, I met Laura Hanley. Laura had just come home from Brown University. She was a thin girl of medium height, with short, wavy brown hair. I never had a photo of her, but she looked like astronomer Bethany Cobb. 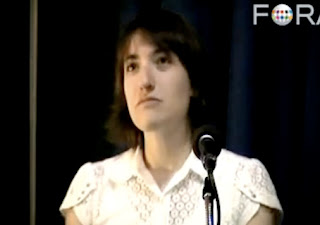 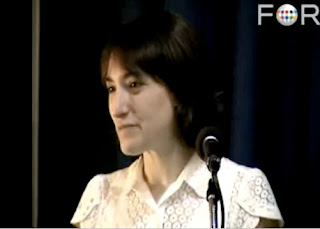 Laura had a quiet grace. She’d studied at the Providence Zen Center so I talked to her about the ideas I’d gotten from Alan Watts. I developed a huge crush on Laura instantly, and plotted to see her as often as I could.

One spring day before the awful heat, I went to White Rock Lake with my usual gang of friends. Laura arrived with a handsome, bearded young man, and I didn’t know if he was her boyfriend or not. She wore a summer shift, printed with Van Gogh drawings. I went crazy inside with desire for her. Maneuvering myself subtlely, I lay down on the grass and put my head in her lap. The man she’d come with was in sight, playing Frisbee. Laura held my hand and the hand of another girl while we talked. Oh, her warm legs were around my head and I looked up into her nostrils as she spoke softly. Ecstasy.

Laura was dissatisfied with life, wasn’t sure what she wanted to do. She didn’t like Brown and looked for a new direction. Zen didn’t satisfy her yearning for spiritual community, either. She attended “group study meetings” which she described as “Christian.” I asked her to go out with me one weekend, and she said she wanted to but we’d have to wait until she got back from a “retreat” in Colorado. I phoned her house after her scheduled return, but she decided to stay longer. A week, two weeks, three weeks passed. 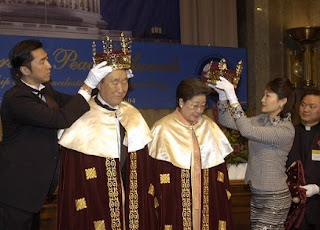 After a month, a friend told me Laura had joined Reverend Sun Myung Moon’s Unification Church. She was working on a communal farm in the Rockies that the Church owned. This revelation gave pause to my ignorant lust. I’d heard news reports about Reverend Moon’s operations for years, and they sounded ridiculous. Moon dictated every aspect of his followers’ lives. He picked out disciples two by two — apparently at random — and commanded them to marry. And they did it! I wondered about these people. Why did they just turn their lives over to Moon? He wasn’t attractive, and life in his service was by no means pleasant.

I wrote letters to Laura in Colorado and she wrote back with considerable warmth. I couldn’t take the Moonie thing seriously, and hoped for another chance to romance her. Perhaps I would go visit her at Brown after I got settled in Philadelphia.

Christmas, 1980
During Christmas break, back in Texas, I saw Laura Hanley again. We went to dinner and talked about our autumn experiences. Naturally, Reverend Moon figured heavily in Laura’s mind. her conversion baffled me; she wanted to throw her Ivy League education over to raise money for the Church. She might even marry a Korean believer so he could stay in America legally. Laura was a princess, who'd grown up with advantages I never had, but they didn’t mean anything to her. I drove her home to her big house in Highland Park. When I kissed her, she made wonderful little noises, “oom, oom.” I hoped I would see her in the spring, perhaps I’d take the train up or she could come down to Philadelphia.

I bought a copy of Moon’s book Divine Principle and began reading. Great literature, this was not. Moon rambled on about the sad state of the world, about Bible prophecy, and every sentence pointed back to himself as the savior of mankind. His presentation style reminded me of Hitler’s Mein Kampf, with its wacky perversion of logic: “(A) is true. Because (A) is true, (B) is also true. (A) + (B) = proof that Reverend Moon is the Messiah.” I was shocked, not by the brazen idiocy, but at Laura’s earnest interest in it. Laura had seen more of the world, had better education than I did. How could she accept this tripe? I expected she'd come to her senses any day. 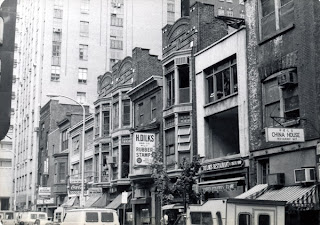 Spring, 1981
Laura Hanley came to visit me. She was staying in the hotel Reverend Moon owned in midtown Manhattan, attending Moonie events and proselytizing. Laura called me because she was marching at a rally in Philadelphia. I bought her lunch at a little Irish Pub on Walnut Street. I even ordered a split of champagne for us.


Laura asked me what I thought of Reverend Moon's book. At this tender age, I believed in honesty. I told her plainly I thought he was an incoherent charlatan.

She smiled at me and told me my understanding was limited. Unification was an experience, not an idea or a book. I should quit reading and come experience it. In despair, I said, "Laura, I don't think we're searching for the same thing. I want to understand my life, the world. But I don't think you care about understanding or what's true. You really want somebody over you, somebody who'll just tell you what to do, so you don't have to think about it."

"You may be right about that," she said. 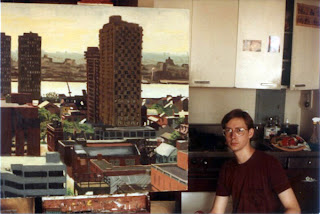 I showed her my little room in the Chancellor, the paintings I'd done at the Academy. She said, "I see a lot of love in these," and beamed an angelic smile at me. If I had it to do over again, I would just tackle her right there, but I didn't. Youth is wasted on the timid. She asked me to come to a weekend Moonie retreat in the Pocono Mountains but I refused. I was willing to do a lot to get closer to Laura, but I knew if I rode in a van with other Moonies, I'd end up losing it, attacking them with a tire iron, saying, "Die, zombies, die!"

It was easy for me to criticize Laura, but what alternative future was I pulling for? I couldn't say or do much to push Reverend Moon out of her heart. All I wanted was for her to stop worshipping Moon and start worshipping me. Granted, I was better looking, but Moon was far better organized. He had a plan for capturing Laura and putting her to work for his greater glory. I had no plan, beyond an intense longing to watch her undress.

I've made incredibly stupid mistakes in my life, and many of them involved beautiful women. That was one time I had my head on straight. Beautiful, dark-haired Laura Hanley got on the Walnut Street bus and I walked back to the Chancellor. I have not seen her since, these twenty-eight years. I'm not sure why this memory seems sad to me now. It's the loss, the reminder that every minute is another Laura Hanley riding away, never returning. And everything I hold close today will recede from this moment forward, until I look back and see—not an afternoon in my life, but a lost world, inhabited by creatures now extinct. A distant planet, so far away that even if I could rush out toward it, I wouldn't live long enough to get there. 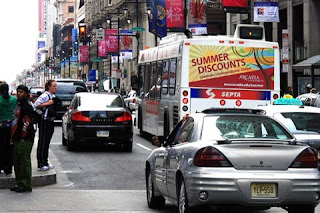 Posted by John Paul Turnage at 6:19 AM

you know i was just about to join a cult when i met you. then i went swing dancing. ;^)

Wow, I had no idea! I'll serve the drinks while you tell me the story.

Could this be the person you're remembering?