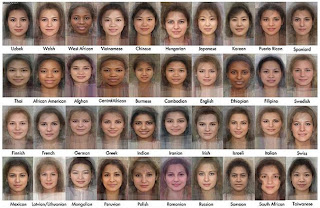 Single life didn't thrill me, generally. For better and for worse, I am made for marriage. When I was single, I joined an internet dating site. A female friend told me about the site, and I'm grateful to her for all the experiences I had, meeting women I'd never encounter independently. I had the good sense to interview female friends who used the site, and find out what they liked to see in the male profiles. I tailored my own profile to their comments, and I was off to the races.

I received good results. I could go out and meet a new girl several times a week, if I wanted. These first dates were like job interviews. Going through many of them, I gained broader knowledge of the general female population [I needed this]. I also learned to set up rules for sorting people out.
Volume was crucial to help me learn. Meeting an attractive woman paralyzed my brain. The only way to calm down was to do it over and over again, until my nerves got tired of reacting and I could observe the process dispassionately. I had the same experience on actual job interviews. I once looked for a new job for two full years. During the last phase of my search, I gave up hoping for a job. My mission was to get interviewed as many times as I could. After Interview sixty-three, my nerves finally exhausted themselves and I could face the interviewer calmly. Soon after, I had two job offers, so I set up a good friend with the second.
Now I belong to an internet site that connects baby-sitters with parents who want to hire them. The  baby-sitting site is surprisingly similar to the dating site. The same rules apply, so I get to practice them all over again. Here's what I've learned.
1. Make rules. Write them down.
Sorting requires distinctions. Looking for the good in everyone obscures this requirement. All rules will look narrow-minded or arbitrary, and that's just a characteristic of rules. Make them. Apply them. In dating, I would never respond to a woman who listed "Women's Studies" as her major in college. No discussion; never reply. On the positive side, close locations got priority, since I didn't own a car at that time. With the baby-sitters, anyone who has a problem producing identification doesn't get contacted again. I am surprised at how many young people claim their driver's license got stolen. Someone needs to report on this crime wave.
2. Invite all who qualify.
For eight years, I lived in a tiny apartment in an old building on Nob Hill. I had no view. Despite these disadvantages, I held a party every year and fifty people—and more—would cram into my little box. I learned to produce this result by counting on no one person to show up. In this instance, my criteria were much wider than for girlfriends or baby-sitters. Anyone who might add to the mix was welcome, as were their friends, relatives, acquaintances. I aimed to invite about two hundred people, knowing about a quarter would come. I invited everyone in my urban universe, not just the friends I already had: waiters, postal carriers, my laundress, barber, doctor, boss, tax accountant, dance teacher, the cute cashier at my grocery. With the baby-sitters, I send replies for a job to a handful of people at once, and usually hear from just one who can be counted on to show up the first time. 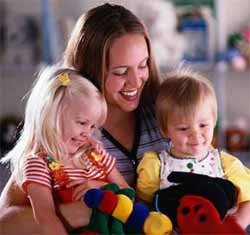 3. Clarity and consistency are crucial. It doesn't matter at all if you're "right."
Was it fair of me to disqualify the Women's Studies majors? I could say "Yes!" but that's beside the point. You must sort. Any rule is better than no rule. I didn't start out this way. Bitter experience nailed it into my skull. Women's studies and missing driver's licenses were often—make that "always"—the tell-tale signs of worse problems, which I explored at my peril. 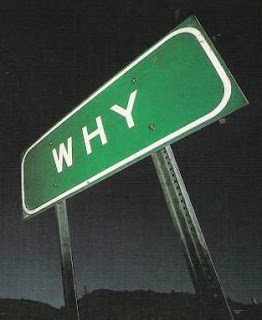 3. Never ask why.
Actions = everything.
Words = nothing.
Reasons = less than nothing.
It doesn't matter why people do things, only that they do them. You should expect them to always act the same way. This is by far the safest bet. When I approach new people with this attitude, I'm comforted by how much they reveal about themselves. If they are paying attention, they'll also know about me. The character of our entire relationship - personal or professional - is delivered in the first five minutes. All we need to do is pay attention to it, and we'll know exactly what to expect from each other. The girl who gets blind drunk on the first date isn't having an "off day." She isn't nervous because I'm so magnetic. She simply has a drinking problem. She will achieve a similar state every time we go out. The sitter who arrives 40 minutes late will always arrive late. Of course the positive actions endure also. The sitter who's on time the first day will rarely disappoint. 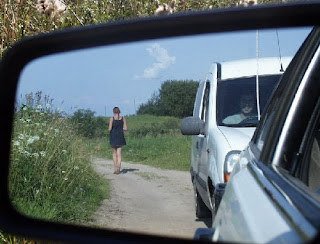 4. Move on.
On the dating site, there was an unwritten rule we all learned. If you're not interested in a person for any reason, just stop responding to them. Silence is the best way to communicate that someone is off your list, and the best way to know that you've been crossed off someone else's. No explanation, no excuses, no accusations, no tantrums. Just never reply to their email again.
I find these principles helpful in many situations, not just dating or getting help. Whenever I depart from them, I always regret it. When I follow them, good almost always results. Good luck, single people. Good luck, job seekers. Good luck, parents.
Posted by John Paul Turnage at 12:25 PM