Greatest Hits: My Neighbor, The Vicar of Satan

Dear Readers,
When I can't put out a new post, I'm drawing on some writing from a few years ago, before I put the blog on Blogspot. 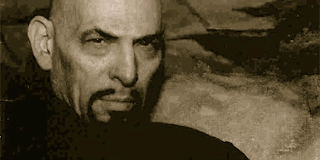 One night in 1993, I walked out of my Richmond District apartment and went to the nearest grocery store. Scanning the shelves of canned vegetables, my head swung to the right. My eyes rested on the bald head of an older man. A warmth came over me; my father was bald, so older bald men reminded me of him. In a couple of seconds, I realized that this wasn’t just any old bald guy. I was standing next to Anton LaVey, founder of The Church of Satan.
We didn’t talk, but I stood in line behind LaVey and his girlfriend, Blanche Barton. Anton ducked out of line to get ice cream as Blanche approached the register. They both looked happy, and LaVey’s face was most unusual; scary and charming at once. That’s what I love about San Francisco: you can walk out for lima beans and run into the Anti-Christ.
Later I read several books by and about Anton LaVey. I’d heard of him while growing up in the late 1960s. The Church of Satan was hot news back then. Many magazine covers and TV news stories flashed LaVey’s face toward a terrified public. Most of my information came from Christian alarmists, for whom his Church of Satan was literally a god-send, the fulfillment of their dire warnings. My father was a Christian minister, and the polarity of his influence—mirroring this other bald man who lived down the street—startled and intrigued me. 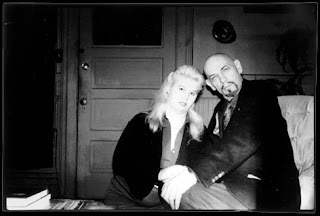 LaVey’s writing was a mixed bag. Some of it read like a joke, and at times the joke wore thin. But his underlying philosophy was down-to-earth, even conservative. He said the point of the Church of Satan was to break up dull intellectual conformity. If he’d begun the Church later, he would have organized it around patriotism and traditional values, because they were intellectually out of fashion. He warned his readers to avoid watching television, as this would make them as stupid as the victims they wanted to dominate. LaVey presented these thoughts with a good-natured wink, but he also produced flashes of brilliance, especially in his book of essays, The Devil’s Notebook.
About music, LaVey said the value of hearing a piece is the feelings and memories we associate with it. It’s often more powerful to listen to music from other times or countries, because you can control what you associate with it. If you listen to what’s hot on the radio, the associations are random.
He also wrote about loving this life, with all its limitations:
People don’t realize how long forever is when they say they want to live forever. All the settings would blend together — the emotions would remain strong but the individual scene wouldn’t stand out in your memory. There would be so much blending and melding in your past. Better to live a shorter time and let each instance, each setting stand out in your mind as strong as the emotions themselves.
These quiet, poetic thoughts and LaVey’s physical impression stood in stark contrast to his reputation. According to the news stories, he had legions of followers, who kept him in vast luxury. He lived in a famous “Black House,” filled with secret passage ways. He had a chauffeur and a fleet of classic cars. His Church of Satan was an active, powerful organization, plotting to rule the world. 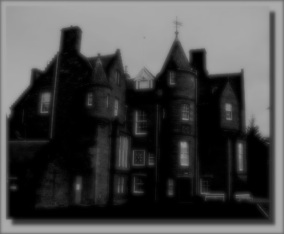 LaVey’s skill at telling these lies was matched by amazingly gullible journalists. No one seems to have fact-checked a story about him during his lifetime. His own writing about himself approached the preposterous. I don’t know how anyone could sit across the interview table from Anton LaVey and believe he was wealthy, when one glance at his teeth would inspire doubt. You can enjoy a list of Anton’s entertaining whoppers here.
Just before Anton LaVey died in 1997, I met author/publisher Jack Boulware at a bar in North Beach. I’d read Jack’s article on LaVey in his offbeat magazine, The Nose. I said to him, “What I want to know is this: How does Anton LaVey make a living? He’s eating and paying property taxes somehow. Is he another San Francisco nutcase, with no visible means of support?” Jack said he couldn’t figure it out either, but he thought some rich widows in Pacific Heights paid LaVey to place hexes on their enemies. After LaVey’s death, Jack discovered that he’d made almost no money in his life. He got by with the help of welfare, but he’d let his house deteriorate to a near crumbling state.
Anton LaVey’s distaste for working appears to have driven all his creative efforts, including his legendary persona, Satan’s Press Secretary. This revelation makes me sad, because I think he had unusual talent, and could have done well for himself. I wonder how many cults begin with one person’s desire to live without working.
Anton’s Nemesis: The Anti-Anti-Christ
You may think Anton LaVey was a skillful con-man, benefitting from people’s fear and ignorance. Con-games are endlessly fascinating. At any point, they can be taken over or turned around. The competition is watching, and they don’t miss a trick. 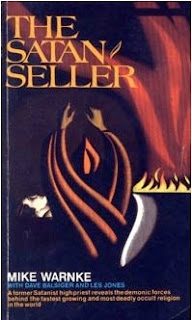 In 1973, a young author in Southern California named Mike Warnke released his first book, The Satan Seller, an account of his former life as a “Satanic High Priest,” and his subsequent conversion to Christianity. In many ways, Warnke’s story was more spectacular than LaVey’s. During his career as a Satanist, Warnke claimed to have ruled over a “coven” of 1500 members, and presided over bizarre, horrifying ceremonies. These included animal sacrifices, one rape, and eating a human finger, severed from one of his followers. To cap it all, Warnke’s stories dripped with the ecstasy of the repentant sinner: “Look at my wretched, disgusting sins! I can’t believe how evil I was!” Who could resist?
I read The Satan Seller at age 14 and ate it up. Parts of the book should have aroused suspicion in Christian adults, however. During his tour of duty in Vietnam, Warnke claimed he was wounded by an arrow, presumably flung at him by a Vietcong archer. In fact, almost every line of Warnke’s book was a lie, but he would not be exposed to the Christian public for almost twenty years. During the 1970s, no one questioned his account. He was talking about the Devil, after all, to people who believed in the Devil. His readers couldn’t say, “Well, Satan is real, but this finger-eating stuff is implausible.”
The book rocketed Warnke to instant celebrity in Christian churches. His book flew off the shelves and he had his pick of speaking engagements and television interviews.
The irony approached perfection: Anton LaVey performed his seedy, carnival side-show rituals for a few dozen people in his tiny house. He gave himself a biography that’s greatly inflated, but he admitted Satan did not exist, and that he was mainly having fun with the character of the Devil. 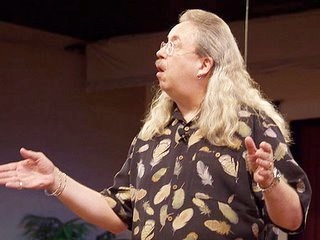 Then—then!—comes Mike Warnke, who never worshipped Satan, confessing to atrocities LaVey never dreamed of, and selling his story to Christians who wanted to sho0t Anton LaVey on sight! Warnke told his readers Satan was real, alright! Satan was coming in the window to get them.
And here’s the kicker, because this story only gets better—while Anton LaVey died a pauper, Mike Warnke made millions with his lies, verified by his tax returns. Today his operation is smaller than it once was, but Mike Warnke is still telling his story to anyone who’ll listen. And contribute.
Posted by John Paul Turnage at 4:40 PM